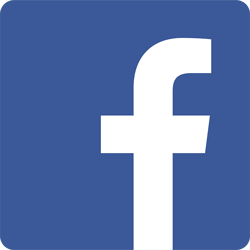 Over 540 million Facebook user data records were compromised after third-party apps and sites stored the data on unsecured servers. The huge breach comes after numerous promises by Facebook to boost security, and it may prove to be one of the most dangerous yet. Find out why.

The cherry on top: UpGuard, the cybersecurity firm that found and reportedthe breach, said that even closing the breach was an ordeal. One would hope that companies would respond quickly to protect their users’ data, but this was not the case. Here’s a timeline:

It took almost 3 months for Cultura Colectiva to secure its users’ data. At The Pool’s data was secured much more quickly, but this may have simply been a stroke of good fortune. Their data set was taken offline during UpGuard’sinvestigation and before they sent any notification emails. However, the data had already been left unsecured for about 5 years.

Why is this important?

If you haven’t been using At The Pool or Cultura Colectiva apps, this breach probably didn’t affect you. However, it has shown how little control Facebook has over how your data is used. Do you know what type of data Facebook and its third-party apps collect about you? Are you sure that every Facebook app you use is storing your private data securely? You may not know until it’s too late.

How to protect yourself

Unfortunately, you have little to no control over how your data is used and stored once you give it away. The trick is to reduce your data footprint.

Daniel Markuson Verified authorDaniel is a digital privacy enthusiast and an internet security expert. As the blog editor at NordVPN, Daniel is generous with spreading news, stories, and tips through the power of a well-written word

Posted in Blog | No Comments »